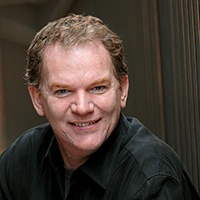 Tom Ryan has two Late Show with David Letterman appearances, has been on tour as the opening act for both Larry the Cable Guy and Brian Regan for multiple tours, and can be heard regularly today on XM Sirius Radio comedy channels.  He has also been featured on Comedy Central, NBC, and Showtime’s Comedy Club Network.  Tom also has opened for entertainment giants such as Jerry Seinfeld, Bill Hicks, Aretha Franklin, BB King, and many more.  For more than a decade, Tom has been very busy making corporate and private event audiences laugh hysterically, and of course he still performs regularly at comedy clubs in NYC and across the USA.

It’s Tom’s ability to customize clean, original material that makes him a perfect fit for your next corporate event.  From jokes about regular everyday observations and items such as salt, baking soda, Q-tips, phones, and cars, Tom is immediately relatable and LOVED by all of his audiences.  He also customizes comedy for groups that request it. “I like the process of researching a company and then writing material about it,” says Ryan. “People like hearing about their organization from an outside perspective. And as it turns out, the world of business is a lot funnier than people think.”

Tom has performed for hundreds of companies including Cisco Systems, MasterCard, Morgan Stanley, Continental Airlines, and Time Warner Cable. Here’s what a few of his clients have to say about him:

“Tom was not only funny but very professional. He comes highly recommended for any type of corporate function.” —Shirley Bradley, Project Administrator, MasterCard International

“Your ability to create good, clean material along with your impeccable timing for delivery sets you apart as a performer.” —Daniel W. Busse, Director of Marketing, Hewlett-Packard Central Region

“Your piece on salt was really funny and struck a chord since I’m in my 32nd year with Morton Salt.” —J.H. Celmer, Manager, Education and Development, North America Morton Salt Company