Corporate Comic with customized, clean comedy for the client. 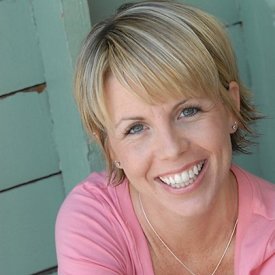 Shannon’s material ranges from the trials and tribulations of a single girl living in LA to surviving corporate America. Shannon performs standup at major comedy clubs around the country including the Hollywood Improv and The Comedy Store on Sunset Blvd, The Ice House and placed 2nd amongst hundreds of comics at the California Comedy Conference.  Shannon has been written up in the Wall Street Journal online, appeared as a comedy coach on TLC, performed in award winning short films, is a correspondent for Refused TV and has written customized comedy material for comics, professional speakers and CEO’s across the country.  She has performed Improv with various troupes and is currently studying Improv at Second City.

“Shannon Gettins was an excellent emcee for our event, the Elite Meetings Alliance. Upon first meeting Shannon, I was impressed with her professionalism and enthusiasm about the event and within the first few minutes of our meeting, she had already made me laugh!
Shannon did an amazing job of monitoring the flow of the event.  Not only was she able to easily keep order of the event and announce valuable information, she did it with her unique comedic style. She continually had something appropriate and funny to add to anything we needed her to communicate.  I would recommend Shannon to anyone wishing to have a successful event!
Cassidy Kjeldsen
Event Coordinator

“Shannon is a comic of rare poise and grace. She’s willing to show us her personal fears and flaws and make us all universally laugh at the human condition. In short she’s a comic for all.”
Rick Najera, writer for Mad TV and In Living Color