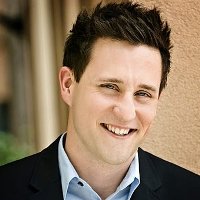 Josh Sundquist is a Paralympic ski racer and bestselling author who has been featured on CNN and in USA TODAY and has spoken across the country to groups ranging from Fortune 500 companies to inner city public schools to the White House.

His high-octane blend of energy and humor inspires organizations and individuals to adopt his ski racing motto, 1MT1MT (one more thing, one more time) as their new standard of excellence.

Josh shares stories about losing his leg to cancer, ski racing in the Paralympics, and playing jokes with his artificial leg to give motivation for overcoming adversity and reaching peak performance. Josh tailors his message for each audience, so his presentations are a one-of-a-kind combination of spectacular entertainment and practical, customized inspiration.

Audience members of all ages and backgrounds walk away from his speech with a renewed sense of hope for the future and a determination to do 1MT1MT to maximize their potential in work and life. They will carry Josh’s universal message of courage, determination, and hope in their hearts and minds long after the conclusion of your meeting. 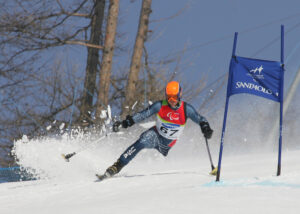 1MT1MT: One more thing, one more time – Corporations, Associations, General Audiences
Josh will give your audience a kick start of humor and motivation to inspire them to do 1MT1MT to increase their professional performance in areas like sales, customer service, and leadership.

Strong at the Broken Places: Overcoming Adversity in the Digital Age – Corporations, Associations, General Audiences
Your audience is working in an uncertain economy and a world that is changing faster than ever. They are dealing with difficult customers, complex problems, information overload, and smart competitors. Josh will help them change the way they approach adversity by strengthening their sense of humor, sense of hope, and sense of possibility.
The Difference You Make in a Day – Educators, Non-Profits, and Fundraising Events
Josh has spoken to thousands of educators in school districts across the country. He’s also an in-demand speaker for banquets and other fundraising events. During his tenure as National Spokesperson for the Combined Federal Campaign, events at which he spoke raised an average of 30% more than they did the previous year. If you hire Josh as your speaker, your audience will feel connected to the mission of your organization as they listen to stories about coaches and teachers who helped him on his journey to the Paralympics. Audience members will leave the presentation refreshed and inspired to strive for new levels of generosity and commitment.

Laughing at Our Differences – Colleges
Josh uses humorous stories about his experiences as an amputee to share ten lessons about diversity and to promote understanding between individuals of differing backgrounds. You’ll attract a large audience because students who would not otherwise attend an “awareness event” will come to watch a comedy show. Independent research has shown that after attending this event, students show a measurable and statistically significant decrease in negative stereotypes. Watch a video sample of this presentation.

Believe to Lead – Teen Leadership Conferences and High Schools
Having appeared on MTV and built a YouTube channel with over 100,000 subscribers and nearly 10 million views, Josh has a proven ability to speak to teens in their language. He helps young people make empowered decisions in the face of personal challenges like negative social pressures, learning disabilities, domestic problems, and disadvantaged backgrounds. They will leave Josh’s program motivated to set higher goals for themselves as students and to become stronger leaders in their communities. Watch a video sample of this presentation.