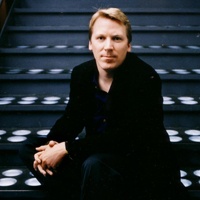 Trained as an architect, Cameron Sinclair has worked in every major natural disaster over the last decade. From post Katrina reconstruction to community led building in Haiti Sinclair has been apart of teams building shelters for communities in 49 countries and has raised over $50M for humanitarian activities. As co-founder of Architecture for Humanity he built schools, health clinics, affordable housing and developed long term sustainable reconstruction programs.

Sinclair has been working with Airbnb over the past year on various pilot projects including creating their 2017 Superbowl Commercial, as well as their Yoshino Cedar House, with the official [temporary housing] project launching this summer. The ultimate goal is for one million Airbnb users to register as “hosts for good,” signaling that they will provide housing for people impacted by natural disasters or otherwise displaced. As the in-house humanitarian, Cameron heads a humanitarian team to help Airbnb achieve its aim of providing temporary housing for 100,000 people within five years.

Sinclair compiled a number of best selling books, is a visiting professor to a number of universities and holds an honorary doctorate of Architecture. Sinclair was a Senior Fellow of the Design Futures Council, an advisor at USAID and a Young Global Leader of the World Economic Forum. As recipient of many awards, Sinclair won the TED prize, the National Design Award and a runner-up for UK Designer of the Year.

Sinclair and Architecture for Humanity co-founder Kate Stohr have compiled a compendium on socially conscious design titled “Design Like You Give A Damn: Architectural Responses to Humanitarian Crises” (May 2006, Metropolis Books). He serves on advisory boards of the Acumen Fund, Detroit Collaborative Design Center and the Institute for State Effectiveness.

In 2004 Fortune Magazine named Cameron Sinclair was named as one of the Aspen Seven, seven people changing the world for the better. He was the recipient of the 2006 TED prize and the 2005 RISD/Target Emerging Designer of the Year. Recently he was selected as a Young Global Leader by the World Economic Forum. Sinclair formerly was the executive director for the Jolie-Pitt Foundation and he is a regular expert guest on BBC World Service, CNN, NPR and PBS. He was profiled in the series “Iconoclasts” on the Sundance Channel.

Along with co-founder Kate Stohr, was awarded the Wired Magazine 2006 Rave Award for Architecture for their work in responding to housing needs following Hurricane Katrina. In 2008 they were recipients of the 2008 National Design Awards for demonstrating “that good design can indeed change the world.”

As a result of the TED Prize he and Stohr launched the Open Architecture Network, the worlds’ first open source community dedicated to improving living conditions through innovative and sustainable design. In 2009 the network will host a global challenge to redesign educational facilities around the world.