By Bruce Weinstein for Forbes

There may have been a tie a few years ago, but now that Rush’s Neil Peart has retired from performing regularly, there is no doubt about who the greatest living rock drummer in the world is: Kenny Aronoff. His name may not ring a bell, but I’d be willing to bet some valuable issues from my Metallica Fan Club magazine collection that your iTunes library or Spotify playlists are riddled with songs that Aronoff plays on. You certainly know how to air drum to his iconic solo in John Mellencamp’s early hit, “Jack and Diane.”

But what you may not know is that in addition to playing with the Rolling Stones, Bob Dylan, Elton John, Celine Dion and John Fogerty—to name but a few—Aronoff is now rocking corporate conventions and leadership retreats as a keynote speaker. He has a take on leadership that only a rock star of his caliber could speak about knowledgeably: serving the song. A great musician in a band cares first and foremost about making a terrific song rather than showing off his or her technical skills. That’s the mission of a rock band: creating a memorable song.

By the same token, a great leader seeks to fulfill the organization’s mission, not show off how powerful, smart or talented he or she is.

What follows is an excerpt from three fascinating conversations I’ve had with the nicest guy in rock and roll, Kenny Aronoff. 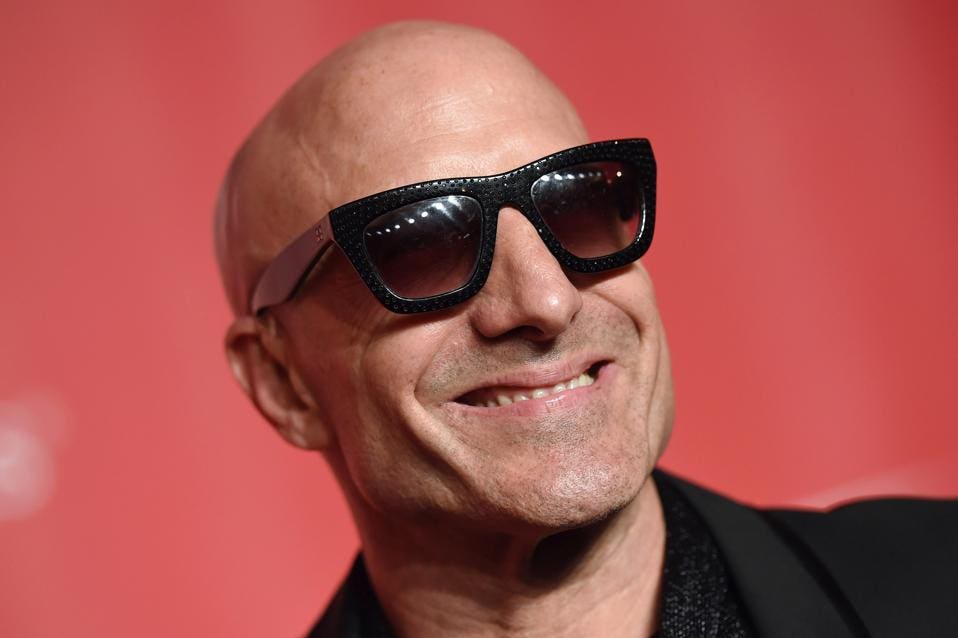 Bruce Weinstein: A lot folks in the business world would be pleasantly surprised to know that you give keynote speeches around the world based on your experiences as the world’s hardest-hitting drummer. Why would a business want to hire you to give a leadership talk?

Kenny Aronoff: My business is one of the most difficult businesses in the world. To be a rock star drummer and then become this incredible session drummer for four decades, there’s only a couple of us on the whole planet. Part of the reason I have been able to do this has been leadership skills. I step up to serve the whole corporation, you might say. 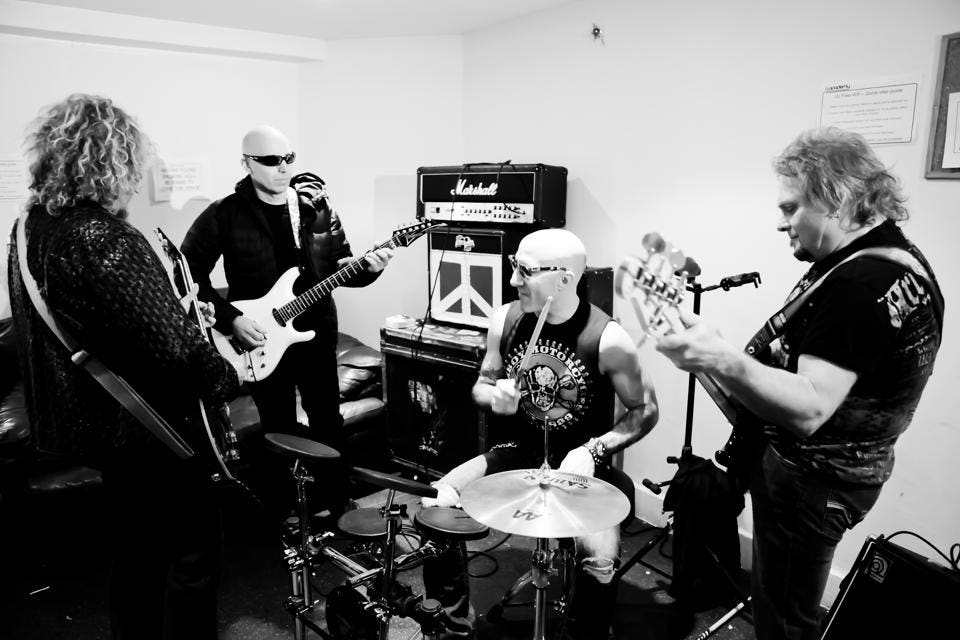 Weinstein: In your autobiography, Sex, Drums, Rock ‘n’ Roll!, you write that producer Don Was hired you as the studio drummer for the Rolling Stones specifically because of your character. What terms has he used to talk about your character?

Aronoff: He said that I motivate the room. Here’s a perfect example: When we were recording an Iggy Pop record, “Brick by Brick,” John Hyatt said he would watch us record his song “Something Wild.” I came in the studio to find everyone dejected because John had decided to just go home. My response was, “Let’s go. Let’s rock, man. Let’s go.” It’s really dead in there but I don’t care. I just push right through it. Don said, “Kenny saved my session.” At that moment, it wasn’t about my playing [drums] as much as it was about my ability to take control of the situation.

Weinstein: Can you see how your own leadership and your own success in the music business could translate to advising CEOs at global corporations? How CEOs might be more like you, more accessible to their employees and therefore more successful?

Aronoff: I naturally want to respond to people who are reaching out to me and I naturally want to reach out to people. It’s in my DNA. I think that for some people it’s a lot more effort. But the human connection has more impact than anything. If CEOs realized that…especially today, with email and texting, [CEOs] can avoid that connection. But there’s a new way to do it. That’s where I’m starting to go.

Serving The Song: The Key To Leading Like A Rock Star 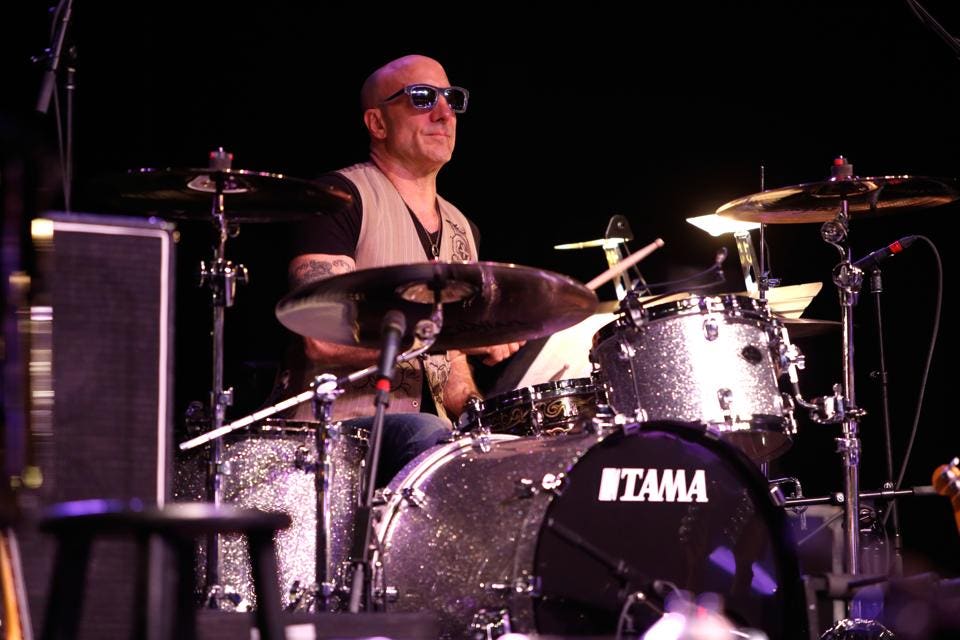 Weinstein: You’re naturally effervescent, so it’s not really a stretch for you to be open with people. I wonder how folks who are more guarded could adopt your attitude? Is it even possible?

Aronoff: That is the million dollar question. First of all, just show up, shake hands, and look people in the eye. Ask a question. Make people feel like you care about them. Start with that.

Weinstein: This is a powerful lesson. How does your leadership approach fit into this broader idea that you have of serving the song and focusing on the good of the whole, as opposed to just your own technical excellence?

Aronoff: At one point when I was with the John Mellencamp band, I had to figure out what my purpose was being a drummer in this band. I had to step way back. I had always been looking at just me, me, me. Eventually you’ve got to serve the song, which is to serve the team. If the song becomes number one, I’ve effectively done my job. I have served the corporation.

Weinstein: Here you are, a guy who’s played with the biggest names in the world, John Mellencamp and Sammy Hagar and the Stones, and yet you’re so accessible. I really believe that it’s that accessibility and the trust that you place in people that has contributed to your success.

Weinstein: Your keynotes are so galvanizing that people want more of you. Suppose that, for this next phase of your career, all you’re doing is giving keynote talks and conducting leadership training. Would that be okay with you if you didn’t drum for a living?

Aronoff: The cool thing about my keynotes is that I do drum. There’s this incredible powerful song I recorded with Tony Iommi from Black Sabbath and Glen Hughes from Deep Purple, and it segues very quickly into the “Jack and Diane” solo, which made me famous…but to answer your question, yes, I would love to do speaking 75 percent of the time. Speaking puts me out front. I love to share my ideas, and I still get to perform.