Meet one of Steve Jobs’ only bosses 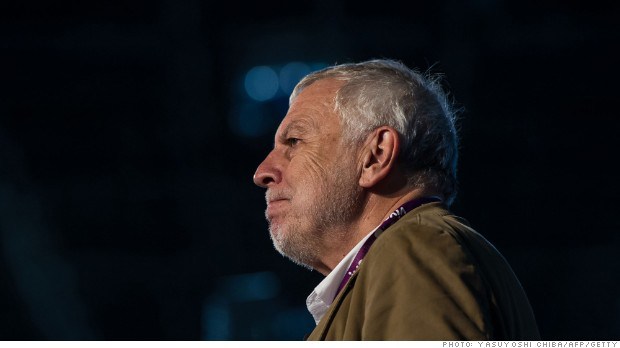 Atari founder Nolan Bushnell discusses the evolution of his management style and his recently published book, Finding the Next Steve Jobs.

FORTUNE — Nolan Bushnell, founder of Atari and Chuck E. Cheese along with a couple dozen other companies, is no stranger to managing people. He was one of Steve Jobs’ only bosses. Reining in creative talent and retaining it is a long-nurtured skill of Bushnell’s, and his new book,Finding the Next Steve Jobs, aims to teach others how to do the same.

Bushnell’s advice often seems counterintuitive. Who would want to “hire the obnoxious,” “ignore the credentials,” “celebrate failure,” and “encourage ADHD?” But as Bushnell’s book progresses, he offers a concept of a workplace that encourages bold behavior and stimulates employees’ minds. What follows is an edited transcript of Fortune’s interview with the man behind the book.

Fortune: Why write a book in the first place?

Nolan Bushnell: Well, being an engineer, I was always comfortable with mathematics and physics, but I was always dyslexic and a horrible speller. So the idea of writing a book was not one that was in my wheelhouse. I started this thing with brain science. It says, “Do things that you don’t think you can do. Stay uncomfortable.” So I listed a bunch of things that I thought were not in my wheelhouse, including “write a book.”

And what made you choose the subject matter that you did?

I actually started by writing a science fiction book, and I went to start the publishing process, and the fellow that I started getting involved with said, “You know, Nolan, you should do your first book as non-fiction, say, a business book.” And he thought that since I was the only person to ever give Steve Jobs a job that would be a good title for my first book. He thought that talking about creativity in the context of Steve would be an excellent business book.

It seems like many of the tips you give seem counter to traditional management guidance. Can you tell me more about how you developed your own management style?

When Atari started, we had no money, no factories. It was early enough that there was virtually no venture capital in the area, so we had to bootstrap. Even though we came up with the video game, there were companies in Chicago that had massive resources compared to us. So our only real asset, I decided, was that we had to outmaneuver and out-innovate them. The creative culture became not just a matter of interest but a matter of survivability because we were outgunned on every other issue. And because of our creativity, we were ultimately able to dominate not just the coin-operated game business but the consumer business as well. And it was all because of creative methodology. It became part of the DNA of the company.

It seems that this kind of thinking is something that a lot of startups relate to these days, but at the time, Atari was on its own.

And then because Steve Jobs and Wozniak both worked at Atari, they took a lot of those precepts to Apple (AAPL). All of a sudden, Apple and Atari were the ones who were really kicking butt in the valley, and a lot of people looking at that and thinking, “We should really adopt some of these things.”

You give some advice in the book to “hire the obnoxious” and “hire the crazy.” Has that backfired for you?

People who are obnoxious for obnoxious’ sake, no company needs them. But a lot of times, people who are very arrogant are obnoxious, and the company needs to be able to find a place for those people, and somehow isolate them from the mainstream so their obnoxiousness doesn’t become pernicious. Sometimes when you’ve got a technical problem and the smartest guy in the room happens to be obnoxious, you really want him on your team.

Apple is famous for its strict culture and secrecy. Do you think Steve Jobs warped some of your ideas?

Oh I’m sure they did. In fact, I know they did. The real issue is secrecy can be a tool, but at the same time, I think that there’s too much secrecy. I think that Apple’s too secretive compared to Google (GOOG), which is quite open about the projects it’s working on. And what actually happens when you’re more open is you get help from strange sources that Apple isn’t getting the benefit of.

Do you feel that other books published about Steve Jobs have been pretty accurate from what you remember?

I think that whenever you have a person, they become a composite of all the things that are written about them, and I don’t think there are any gross inaccuracies that I’ve seen. I think a lot times it’s a matter of nuance, of emphasis. I thought that my personal relationship with him would fill in some of the pieces to get a complete view of the man.

In your book, you talk about how you would allow employees to sleep at work. That idea has spread to many different companies. Do you think that sort of thinking might interfere with work/home life balance?

The problem with today’s work is that there’s a blurring distinction between my time and the company’s time. NASA did a whole bunch of studies on the benefits of a nap. It was tremendously rejuvenating, and in some cases it can double your productivity in the afternoon time if you take a 20-minute nap after lunch.

MORE: How Dilbert’s Scott Adams bungled his way to success

I think the whole ethos of running a good company is to be fair. Don’t chew up people’s free time. It’s just wrong, and it’s counterproductive because now most of us are knowledge workers, and the most important thing is perspective. And if you’re working all the time, you lose perspective very, very quickly.

Would you say from your time at Atari and moving forward to your other companies, did your management style evolve?

Oh yeah. It definitely evolved and got somewhat more sophisticated. But my core principles stayed pretty consistent throughout that period of time.

What are those core principles?

Treat employees like adults. Focus on outcomes not process. Hire people for intensity not necessarily credentials. Some of the best engineers I’ve had were self-trained. A couple of them never completed high school let alone college. I think that the main thing to do is get creative, happy people. If your people aren’t happy, then they aren’t very good. A properly managed company can keep people happy. I always tried to focus on that. “Happy” has nothing to do with how much or how little people work. It has to do with respect and clear tasking, and being involved in projects that they can be proud of.

You talk about how dropouts can play a big role in entrepreneurship. What role do you think education should play in business?

One of the big problems with education today is it’s too much of a trailer; it’s too far behind where industry is. The very nature of academia is it’s slow to change. That means it’s falling further and further away from the marketplace. So the relevance of a higher education is not useful. It’s not targeted. So a passionate, energetic person who is on a self-training path is going to be much more current and much more valuable than somebody who has a Ph.D. in computer science. And shame on the schools.

Your company BrainRush is  educationally focused, isn’t it?

It is. We’re trying to make it so we can fix and plug a lot of the holes in education by accelerating a lot of the aspects of what people learn. In our alpha test, we’ve been able to prove 10x acceleration, and that’s really remarkable.

How does it work exactly?

The idea is that you have a piece of software that does timing and follows some principles that are really, really powerful.

From what I understand, it’s education taught through games?

Some game principles, not so much games, per se. We’re creating these templates where teachers can put their lessons into it and get this acceleration factor. And it’s based on some very serious brain science.

What got you interested in developing a business around that?

I’ve noticed how much people can learn from game play. And I’ve got eight kids, so I’ve been in the education world as a consumer of education. And I’ve been understanding and feeling how much better we could be doing if we just took a little more understanding of the brain science behind schooling and learning. Unfortunately, schools are mired in the metrics of the 1800s, and I think that’s wrong.

Delightful. It’s the best thing I could have ever done with my life.

If you don’t mind me asking, how old are you now?

I just turned 70. Boy, that sounds old. I’m still looking out at the world through eyes of a 14-year-old.

I can’t tell the difference between work and play, so, retiring, I don’t know what that would be.