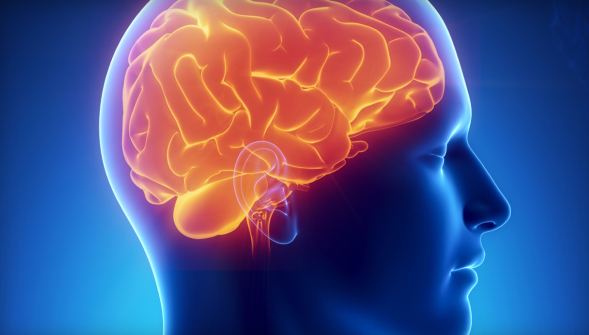 (MoneyWatch) I’m at war with corporate mediocrity, and sadly, mediocrity seems to be winning.

The cure, I believe, is for companies to loosen their fear of unleashed creativity in individuals that don’t fit the cookie cutter mold. Company leaders can make an immediate impact by taking three actions.

First, hire for passion and fit first, and proven competence second. As companies age, they tend to create increasingly conservative hiring practices, emphasizing competence and requisite backgrounds over passion. Every day, an executive search firm looking for a key hire contacts me. Ninety nine percent of the time, they want someone who has done the same job somewhere else. Not surprisingly, established companies end up with people who look the same, talk the same, and think the same as others in their industry. It’s no wonder they fail to innovate or lead. The cultures that result often look like the movie “Office Space.”

“Passion is driven out of us at a young age,” according to an expert on the subject, Nolan Bushnell. Bushnell founded Atari, a place where geniuses attracted other geniuses, including a young Steve Jobs. I had the opportunity to interview Bushnell this weekend, as a result of so many comments from an earlier blog I wrote about “Why Geniuses Don’t Get Jobs.” The blog post went viral in the last two weeks, creating a new wave of interest in the subject.

Bushnell’s advice was simple: “If you’re lucky enough to come across someone intense and passionate, hire them.” While someone under Bushnell hired the future Apple co-founder, Bushnell and Jobs quickly connected. “It was the intensity I was drawn to,” Bushnell recounts, and then added, “and intensity is exactly what companies aren’t hiring today. They want uniformity and consistency, cookie-cutter style, instead.”

Second, create pockets (or “tribes”) where “geniuses” can play with other “geniuses.” Under Bushnell, Atari grew from almost nothing, with no huge war chest of money, into a 98 percent market share with its Atari 2600. “We had to be weird,” Bushnell told, “because we didn’t have enough money or time to play it safe.”

“And that meant we had to hire weird, passionate people.”

Time to tick off those who like constraint over creativity. (I’m indebted to Eric Eisenberg for the constraint vs. creativity idea. Eric encouraged me to be far weirder than I was as a first year doctoral student at USC. His textbook’s subtitle: “Balancing Creativity and Constraint” — continues to inspire me today.)

The more a company attempts to avoid risk, the less actual risk it creates. In what I call the “zero risk paradox,” the goal of hiring practices tends to be no risk. No risk of incompetence, no risk of lack of credibility, no risk of harassment or odd behavior, and no risk of alienating people who aspire to that job by playing by the corporate rules.

As Bushnell says: “Launching a new product or service is much less risky than not launching one,” provided companies make the launch an opportunity to learn and course correct. Without a rapid introduction of new entrants into the marketplace, a company risks irrelevance, which is far more risky than a failed product launch. Great new products and services require people who, ah-hem, “think different,” to quote the famous Apple slogan.

Third, get the geniuses to focus on actual data, from the market and from users, and course correct quickly. “We need more decisions, and more risky decisions,” Bushnell said, “or we risk becoming boring and stale.” If you hear rumblings of Eric Reis’ Lean Start Up in what Bushnell says, you do. Bushnell is a fan (as I am) of the process of getting out a minimum viable product, and learning from the real-time feedback. (You can listen to a call with Reis and me that combines Lean Start Up and Tribal Leadership, here.

I’ll end on a personal note. I’m not a weepy person, but in the last month, I’ve gotten dozens of emails from people who read my earlier blog post on “Why Geniuses Don’t Get Jobs.” Many were from parents, who described a son or daughter who was outstanding in some technical way, but that didn’t fit the corporate mold. Many of these emails, describing adult children who were unemployed or underemployed, brought a tear to my cynical eye. “What can I do?” was the most common question.

The short-term answer is to teach them to conform, at least enough to get in the door of companies. Then look for sponsors, mentors, or champions like Bushnell. I call these individuals “genius attractors,” because they seek out people who are great, and a bit weird, and connect almost immediately. Bushnell and Jobs would talk for hours about things unrelated to technology and games, like philosophy. Jobs would bring in Eastern thought, and Bushnell would quote Kierkegaard and Kant. “We loved each other’s passion for the subject,” Bushnell recounts, “and the spark of those ideas influenced both of us for decades.”

The longer-term answer goes to company leaders. Do you have geniuses in your employ — people who are great at what they do, but make messes? If not, go get some. Create tribes where they can work together, innovative together, and learn from the market together. If not, let me know, so I can short your stock.