How To Be A Successful Entrepreneur 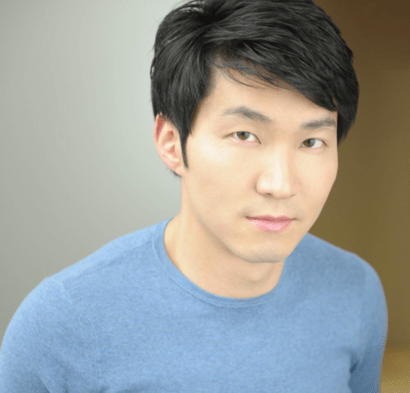 James Sun – CEO of Pirq and former finalist on Donald Trump‘s reality TV series, The Apprentice – recently spoke to a full house at the Seattle coworking space, Thinkspace about becoming an entrepreneur. Sun, who has secured millions in funding as an entrepreneur, spoke not only about Trump’s hair (it’s real) but also about the difference between being an “entrePOORneur” and a successful entrepreneur. Here are nine tips Sun has for aspiring entrepreneurs to be successful, both financially and professionally:

1. Master change
“The world is changing and the question is, as an entreupenuer, can you master change?” Sun believes that any successful entrepreneur should be able to answer this question affirmatively. At Pirq, he says, “we literally have a pivot every day.” Though his father told him this is the wrong way to run a business, with the right way to set a goal and the follow steps over again to attain this goal, Sun disagrees and believes “in today’s world technology is changing so fast you need to learn to habitually pivot….because market forces change.”

2. Try day trading first
Perhaps not literally, but Sun explains “if you ever try day trading, your heart palpitates. You get so nervous about what’s happening in the macro and micro conditions for that stock, and you have to watch it on four screens – it’s amazing.” If you are an aspiring entrepreneur, Sun advises you must be able to “handle the stress of a term sheet going bad still needing to pay $200,000 in payroll.” Sun warns that all entrepreneurs must be able to sustain the ups and downs of the business in both your heart and mind – and manage this with your employees, especially those of whom may be new and worried.

3. Learn to sell
Sun says that “selling is extremely important, even as a programmer. You have to learn to sell to both investors and your first customers.” He adds that the strategy for selling to your first 100 customers will not be the same acquisition strategy for your next 100 customers. To that, Sun suggests to not “be afraid to discount you’re first 100 – but keep it quiet.” He also suggests to learn to sell your own skills.

Sun is adamant that ”You have to have a unique approach to your market, your product, and your team. If you’re not unique, it will be really difficult for someone to cut a check for you or buy from you.” Additionally, he advises that you must be able to explain your product very well – especially to VC’s.

6. If you are not educated, find someone who is
Sun strongly believes that “there is value of working at Microsoft or Googlebecause there is an an institution of knowledge you wouldn’t find at a startup.” He advises aspiring entrepreneurs who don’t have this experience to “find a partner who has this experience or who comes from a really good college.” While many might disagree with this, Sun says this “does matter to investors.”

7. Understand that money matters
While some startups care less about this, Sun strongly believes that to be successful, money must be important. “Money matters in getting your product to market, money matters in getting your product developed, and it matters in terms of your revenue model upfront,” he said.  This last point was the most important to Pirq’s model, as Sun explains “when you offer something for free, and then charge later – we all know what happens.” He suggests building something instead with a unit model that you can scale, especially if your product is B2B.

9. Hire slow and fire fast
This advice from Sun was actually learned via Donald Trump. As Sun says, “we’re not here to support the community.” While it may not be fun, Sun advises that it’s better to fire someone earlier than later so they can move on. “Inspiration and dreams alone is not enough – you have to weigh the costs, and there are costs to being an entrepreneur and running the business.”

While Sun is still building Pirq, he is not afraid to admit that he has made mistakes along the way as an entrepreneur, and as he says, “is still a work in progress.” His ability to recognize what it takes to succeed early on, though, has not only landed him at the same table as Donald Trump, but has enabled Sun to direct his current company towards success – which really is, and should be, the ultimate goal of any entrepreneur.