I got an email last week from Ricky Farmer telling me his sales have increased 250% since I repositioned his business about a year ago. He expressed his gratitude very eloquently, which put a big smile on my face. At the same time, I realized I had completed this project without sharing it with friends and clients. I have always assumed that those who read my blog are only interested in what I do for the big well-known brands. As it turns out, my staff says, “not so.” So here you go. The smallest client I have ever worked with and yet this project was no less of a job than repositioning the Miss America beauty pageant.

It started last year when I created America’s Marketing Makeover and agreed to do it on the Big Biz TV show. The idea was to select a small business and reposition it based on all my BIG business marketing experiences with America’s most famous brands. The producers loved the idea and broke it into eight staged out segments on the show. 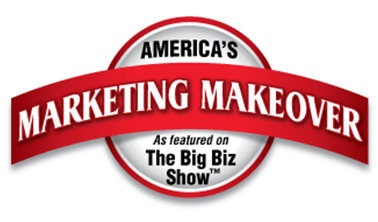 I selected a small pet crematorium located in Cleveland, Georgia and have since been asked many times why pick that? It’s simple. I interviewed many business owners and one stood miles above all others. I’m referring to “salt of the earth” Ricky Farmer. One phone conversation and he had me. I had to help this guy. You can meet Ricky for yourself by viewing the recap below from the Big Biz Show. You will soon see what I mean. 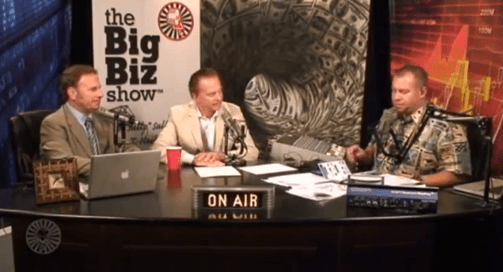 Ricky’s business fate pretty much hangs on a small brochure that he places in veterinary offices and hospitals within a thirty-mile radius of Cleveland, which is about sixty miles south of Atlanta.

Unlike the big brand Positioning I routinely work on, there was no budget for anything on this project. On this one, I draw on my years of learning from watching consumers react to the positioning stimulus I have developed across tons of assignments. Over time, I have become deadly accurate at organizing a powerful and compelling Selling Proposition, even without the advantage of research. The key changes were as follows:

-We designed it to be light in nature knowing that the consumer is most likely pretty stressed out.

-We created the benefit to strike at the heart of this emotional event.  The line, “Peace of Mind at a Sensitive Time” speaks directly to the experience we knew the consumer wants.

-We added three statements (drivers) that support the benefit.

-We added a photo that we knew would exude confidence needed to trust the Benefit statement. 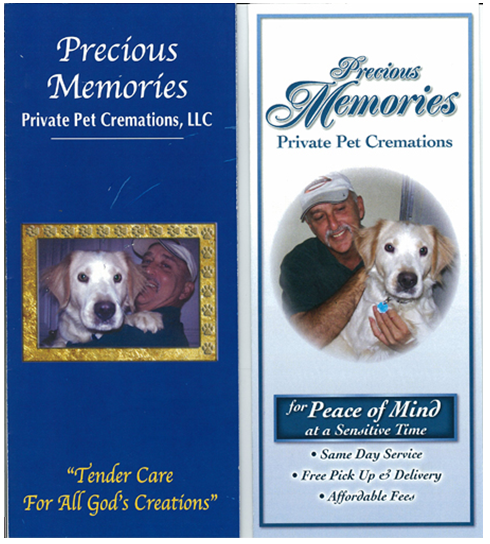 -Knowing Ricky already had client references, I looked for an endorser that would qualify as a celebrity. I found it. His quote, “The greatness of a nation can be judged by the way its animals are treated” hit the mark perfectly. Gandhi said it, we lifted it and Ricky’s clients loved it. Frankly, I think Gandhi would be very proud to represent Ricky’s business and even if he were alive, he wouldn’t send Ricky a bill for doing so. 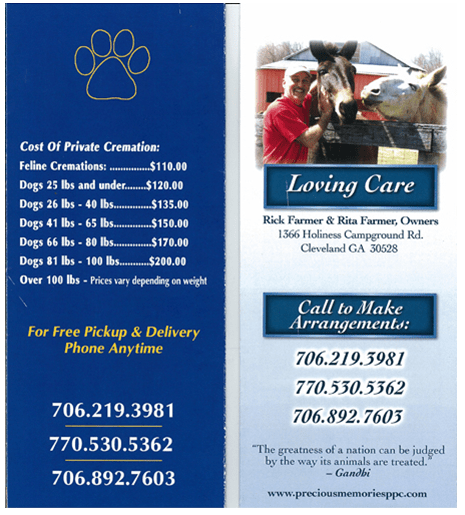 -The inside pages are important, of course but in this case, the purchase decision is made based on the words and graphics used on the front and back.

Nothing else about Ricky’s business circumstance changed during this period. The radical increase in his business is simply based upon the Marketing Triggers we used to restructure his Selling Proposition.

Working with Ricky was great fun and as rewarding as any project I have ever taken on. Along my career path, I have learned something new about becoming a great marketer on every assignment. On this one, I learned more of what it’s like to be human.